"INRAE's mission is to produce and disseminate knowledge to respond to the challenges confronting society in the areas of food, agriculture, and the environment and to put such knowledge to work to foster innovation, provide expertise and lend support to public policies. The complex questions that society is seeking answers to require that a rigorous scientific approach be taken at all times for the common good and that careful consideration be given to the ethical implications of the projects undertaken. INRAE, which has signed the French Code of Conduct for Research Professions has reaffirmed our commitment to supporting such values in our Ethics, Scientific Integrity and Code of Conduct Charter as well as in our Scientific Integrity Policy (in French), and has formed a delegation under the authority of the Institute's Chair and CEO to promote those values and ensure they are upheld." 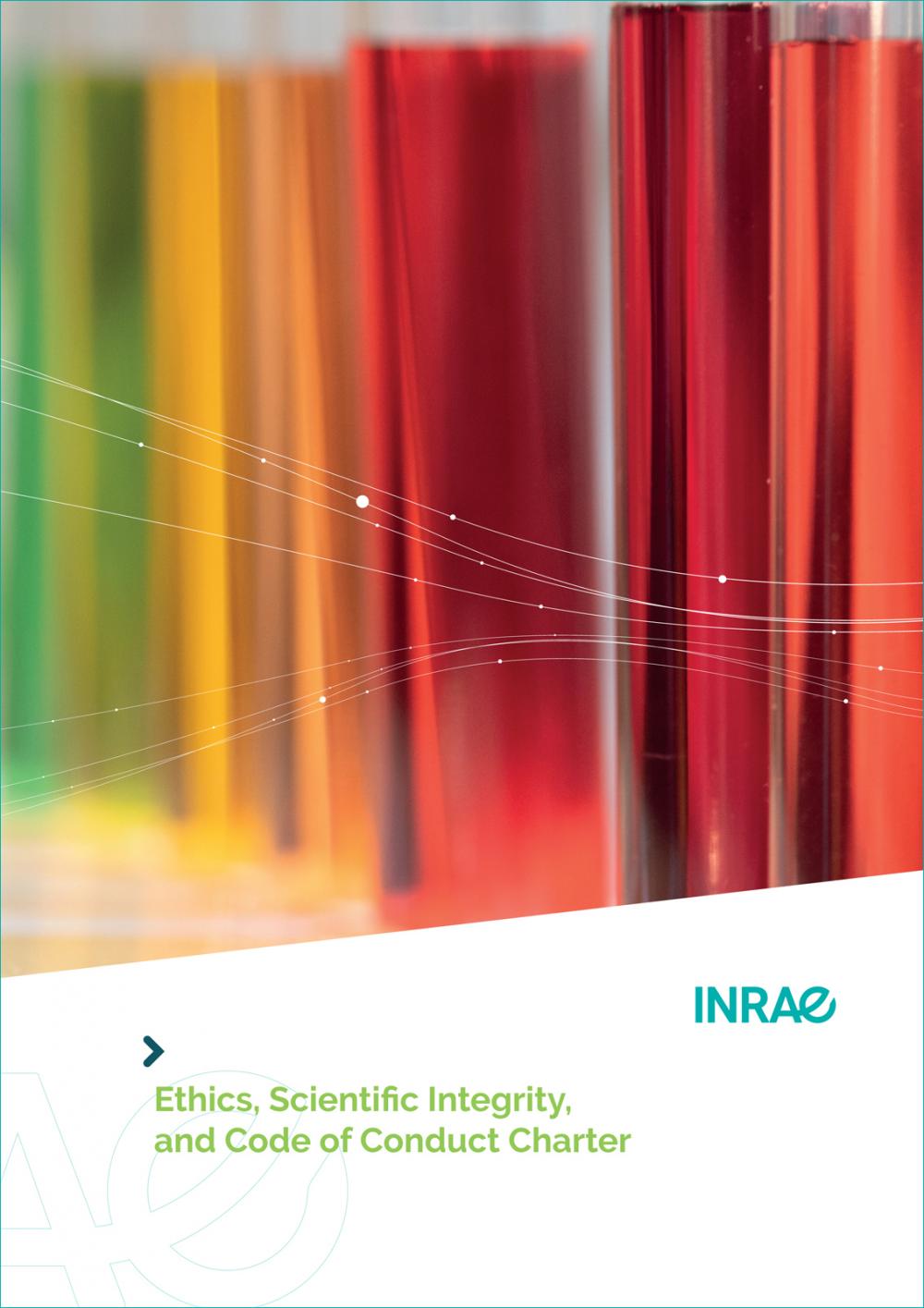 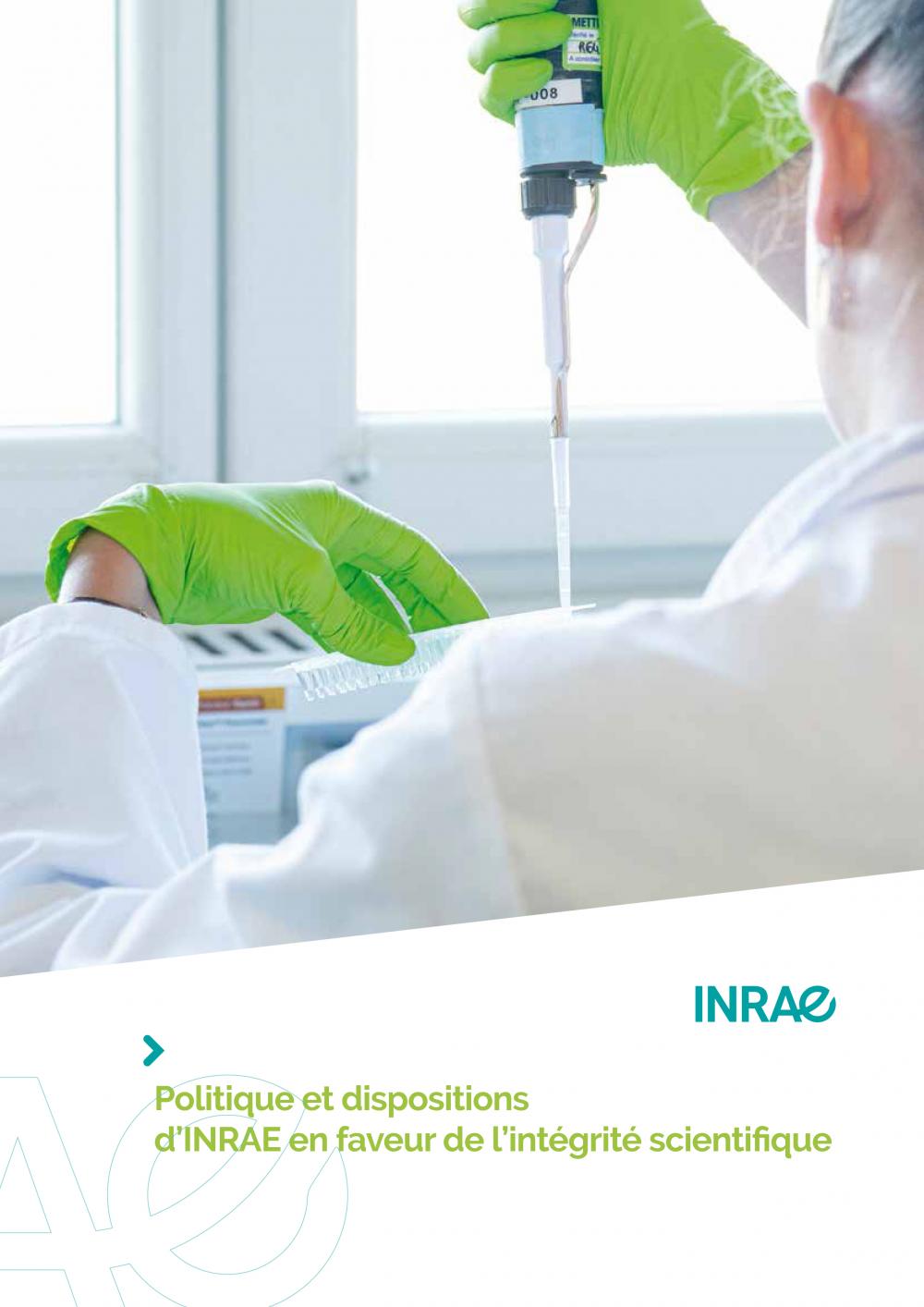 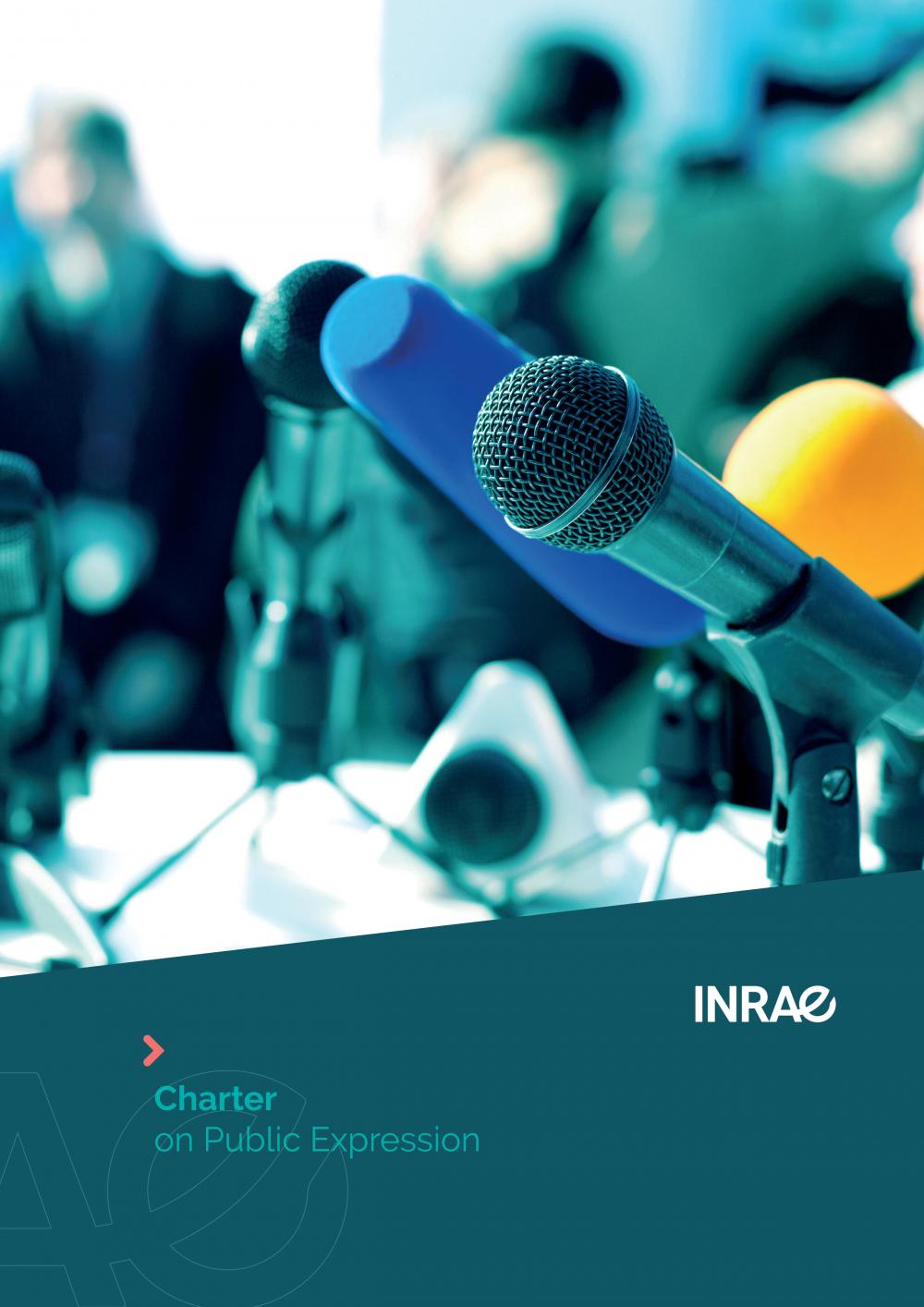 The core principles that apply to all public service employees serve as the cornerstone of our code of conduct: dignity, impartiality, integrity and probity, the duty of neutrality, and respect for the principle of secularism. INRAE has given priority to the importance of serving the common good and ensuring the quality of public services as part of the various mandates assigned to the Institute and in all the aspects of our operations.

Scientific integrity consists of the set of rules and values that must govern research activities to guarantee that they are both genuine and scientifically rigorous. The values of transparency and sharing at all stages of the life cycles of data and knowledge championed by open science combine with the reliability, honesty and responsibility that form the basis of scientific integrity.

The attention INRAE pays to the ethical implications of our research strategies also extends to research projects led by staff members. Research project leaders are asked to analyse ethical issues in depth from the project design phase on, and INRAE is committed to assisting them in that task. 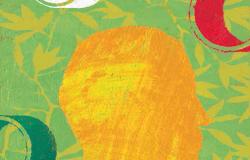 This approach takes its lead from the work of the Joint INRAE-CIRAD-IFREMER-IRD Ethics Advisory Committee, which examines ethical issues brought about by research strategies and programs, both in France and abroad, in the areas of food, agriculture, the ocean, the environment and sustainable dévelopment. The committee, which has been given the tasks of studying, providing advice, raising awareness and, when needed, issuing alerts, deals with matters submitted by the authorities or which it takes up on its own initiative. It issues public opinions clarifying institutional governance, which are also intended for all the research bodies of the four agencies in order to encourage consideration of the ethical aspects of their research activities and subjects. .

The Head of Ethics, Scientific Integrity and Code of Conduct in Research Projects is appointed by INRAE's Chair and CEO and is under his/her direct supervision. The Head of Delegation's principal tasks are as follows:

The Head of Delegation, Françoise Simon Plas, is assisted in the exercise of her duties by a Scientific Integrity and Code of Conduct Committee and collaborates with the official advisers:

- Ethical Assessment of Research Projects adviser: This position is designed to be the resource person within INRAE in charge of issues related to the ethics of research projects not already covered by specific regulations. 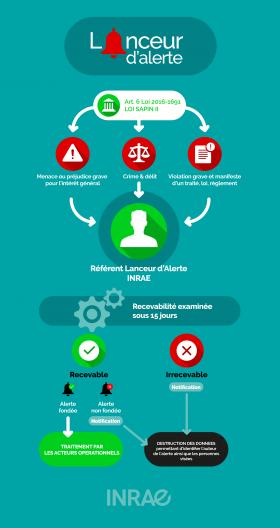 - Whistleblower contact:  This person receives information from anyone who, in good faith and with no gain for themselves, reports on or testifies about acts constituting crimes or offenses, serious and clear breaches of the law, or situations of conflict of interest using the reporting procedure described in Memo no. 2019-24 dated 11 March 2019 pertaining to the implementation of the whistleblowers system at INRAE. This task will be carried out by the Head of Delegation.