Launched in 2021 during the One Planet Summit on Biodiversity, the PREZODE international initiative and its partners presented the European challenges identified through one year of co-construction workshops organized around the world in 2021. 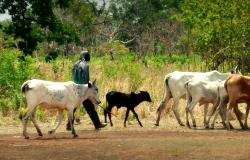 Read more Get to know the PREZODE initiative

PREZODE is an international initiative to prevent the emergence of disease of animal origin, launched in January 2021.

Organized with the French National Research Programme "Growing and Protecting Crops Differently" (Cultiver et Protéger Autrement) and the European Research Alliance “Towards a Chemical Pesticide-Free agriculture”, the European scientific conference will bring together researchers and professionals from all over Europe to discuss the latest research results to pave the way towards 0 pesticides in agriculture. 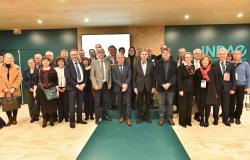 This joint declaration of intent was signed by 24 research organisations from 16 European countries in February 2020, driven by INRAE and its German counterparts ZALF and JKI, with the ambitious vision of an agriculture free of chemical pesticides. 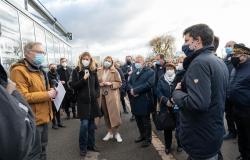 On 7 February, the Grand Est-Colmar Centre received the visit of the 27 European Ministers of Agriculture and the European Commissioner for Agriculture, as well as Philippe Mauguin, Chair and CEO of INRAE.

In parallel to the debates that will take place during the high-level conference on civic engagement in the European Union's Missions, organized by the French Ministry of Higher Education, Research and Innovation, a civil society and research forum will be held in which concrete examples of civic engagement in research will be presented.

Jean-François Soussana, INRAE Vice-President of International Policy and member of the board on soils, will coordinate the workshop - A pact for healthy soils in Europe: 100 "living laboratories" and "flagship labs" to lead the transition to healthy soils by 2030.

During the forum, INRAE and Afes will host a stand dedicated to soils and participatory science and research. 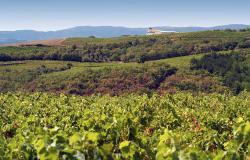 Launched on 9 July 2018, the Plant Health Epidemiological Surveillance Platform aims to monitor and contribute to improving the efficiency and effectiveness of epidemiological surveillance in plant health.